Oregon landed its second commitment in as many days on Saturday, when four-star center Franck Kepnang chose the Ducks over Texas A&M, Alabama and a number of other high-major suitors. Kansas, Miami, Ohio State, Oregon, Pitt, and St. John's were also linked with the Westtown (Penn.) School star at various points over the last year. Below, Rivals.com has a look at what the Rivals150 prospect brings to the table as well as what his commitment means for the bigger picture. 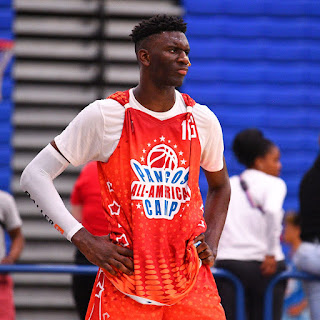 WHAT THE DUCKS ARE GETTING: One of the few truly elite rim protectors in this class, Kepnang is a top-30 prospect for a reason. He’s an extremely mobile and athletic big that can easily score at the basket but makes his living on the defensive end. Kepnang is a top-flight shot blocker that will also contribute on the boards in the Pac 12. He certainly has the frame of an NBA prospect and could become even more of a weapon if he continues to become a more versatile scorer. This is a massive recruiting victory for Oregon, as adding an athletic big to the roster will give Dana Altman’s squad a boost in an area of need.

WHAT IT MEANS FOR THE PROGRAM: The Ducks closed incredibly well here, stealing Kepnang’s pledge away from a number of major programs down the stretch. It was likely an Oct. 1 zoom meeting with the Oregon staff that helped seal the deal. Dana Altman and company have managed to add even more impressive size to a class that already includes 6-foot-11 center Nathan Bittle. The recent addition of 6-foot-6 guard Jonathan Lawson will give the Ducks length on the perimeter to match what they have working on the inside. Oregon hasn’t done much successful recruiting in the Northeast in recent cycles, so if winning the battle for Kepnang helps open the door to the region and, more specifically, to the powerhouse PSA Cardinals program for which Kepnang plays, it’s a giant bonus.