Selecting the Red Storm over Dayton, Illinois, Pitt and Seton Hall, Alexander is an aggressive guard on both ends. He stands just at 5-foot-10, but is a compact and stronger guard that has seemingly competed against the best and versus those much older than him throughout his high school upbringing. A willing energy giver on both ends of the floor, the expectations are for Alexander to be a day one contributor beginning next fall.
2020 Rankings: Rivals150 | Team | Position
2021 Rankings: Rivals150
Attending Our Saviour Lutheran in Brooklyn, New York, Alexander sits as one of the top ranked seniors within the Big East program’s locale. Keeping the best talent at home for college has become a consistent theme during Anderson’s first few months on the job and with Alexander, the Red Storm will enroll the ideal playmaker for their specific playing style.
Alexander has been a rather heavily recruited target for more than a year now and for good reason. He brings a mature and consistent approach to the floor which was on display this summer on the Nike EYBL circuit. Running with the New York Lightning bunch, he posted per-game averages of 12.6 points, 4.5 assists, 3.2 rebounds and 1.7 steals.
The three-star guard kicks off St. John’s 2020 class. Minutes should be available in the backcourt upon his enrollment next fall as the Red Storm continue to pursue many other options entering the fall months.
SHARE YOUR THOUGHTS WITH ST. JOHN'S FANS AT REDSTORMREPORT.COM
at 1:45 PM No comments:

BY EHR Staff and Poll committee.The August Boys "EHR POWER-25 RANKINGS" of the Top 14U Boys travel teams in the country has been updated. This is our final poll for 2019!You can see the full rankings here:
http://www.elitebasketballgroup.net/14Urankings.html

BY EHR Staff and Poll committee.
The August Boys "EHR POWER-25 RANKINGS" of the Top 15U Boys travel teams in the country has been updated. This is our final poll for 2019!You can see the full rankings here:
http://www.elitebasketballgroup.net/15Urankings.html

BY EHR Staff and Poll committee.The August Boys "EHR POWER-25 RANKINGS" of the Top 16U Boys travel teams in the country has been updated. This is our final poll for 2019!You can see the full rankings here:
http://www.elitebasketballgroup.net/16Urankings.html

BY EHR Staff and Poll committee.

The August Boys "EHR POWER-25 RANKINGS" of the Top 17U Boys travel teams in the country has been updated. This is our final poll for 2019!

You can see the full rankings here: http://www.elitebasketballgroup.net/17Urankings.html

Evans Seven: Teams with no 2020 commits that should have a big fall

Corey Evans • Basketball Recruiting
@coreyevans_10
No one likes to be left out of a party, but that has been the case for some of the top programs this summer that remain without a commitment. In this week’s The Evans Seven, we look at the programs that might be empty-handed with its 2020 class but are set up for a successful run this fall.
MORE EVANS: Three-Point Play | Twitter Tuesday mailbag | Leftovers mailbag
2020 Rankings: Rivals150 | Team | Position
2021 Rankings: Rivals150

After enrolling its best class since the Billy Donovan years, Florida has the chance to replenish its cupboard again this fall. Cleveland State transfer Tyree Appleby will sit out this season but should help the perimeter needs when he's eligible for the '20-21 season. Florida is in a great spot with

Niels Lane
who could make another trip to Gainesville after just visiting campus last week. The Gators sit in the final five for five-star
Cade Cunningham
and have an even better shot with his Montverde Academy teammate,
Moses Moody
. 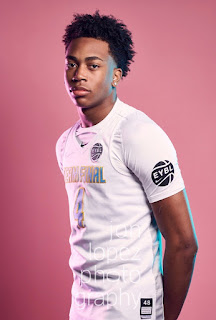 Matthew Murrell
,
KK Robinson
,
Andre Curbelo
,
Caleb Murphy
and Springer all hold the Gators in high regard and each will likely visit Florida this fall. Hall will visit Florida, too, and it is not difficult envisioning him in a Gators’ uniform next year.

The Gators surprised some by getting an official visit out of
Matt Cross
, who will commit next month, and things have picked up with
Elijah Taylor
,
Zed Key
and
Myles Stute
. Chalk up Lane and Hall, throw in Appleby, and a dark horse in the mold of Taylor, Key or Moody, and Mike White would have done it again with a nationally recognized class.
SHARE YOUR THOUGHTS WITH FLORIDA FANS AT GATORSTERRITORY.COM 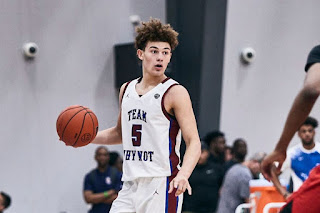 Deivon Smith
,
Caleb Love
and
DJ Steward
. All are within grasp, though decisions from each is nowhere near.

Devin Askew
could potentially reclassify later in the year and Louisville is the one that might be ahead of the others in the race for his signature.
Adam Miller
,
Nimari Burnett
and
RJ Davis
may be difficult, but
Josh Hall
,
Isaiah Jackson
and
Jaemyn Brakefield
are three others to watch for.

Don’t forget about
Hunter Dickinson
, who is down to a final seven and was wowed by his trip to Louisville. In two months, it is within reason that the Cards are sitting again with a top-10 class nationally.
SHARE YOUR THOUGHTS WITH LOUISVILLE FANS AT CARDINALSPORTS.COM

Jalen Green
remains its top guard target and with his commitment date set for Dec. 25, the Tigers should be deemed as one of the few favorites, though Duke, Kansas, Kentucky and a slew of others are involved. Five-star
Greg Brown
just released his final five and if anyone can beat out the local Texas program, it is Memphis.
Jaden Springer
was thought to be done for North Carolina or Tennessee, but don’t sleep on Penny Hardaway’s bunch.

They need some frontcourt help and remain involved with
Mady Sissoko
,
Isaiah Jackson
,
Cameron Matthews
,
Isaiah Todd
and
Dawson Garcia
. None are Memphis leans but likely one will fall its way. Also, don’t underestimate its chances with
Devin Askew
or
Terrence Clarke
, who could both reclassify into the 2020 class.
SHARE YOUR THOUGHTS WITH MEMPHIS FANS AT TIGERSPORTSREPORT.COM 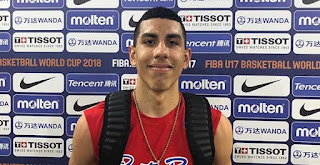 The Hurricanes ended things on a high note this spring thanks to the commitment of Harlond Beverly  and are hoping that they have a few tricks up their sleeve this fall. They have found no shortage of traction within the recruitments of Rivals150 guards Lane,
Deivon Smith
,
Earl Timberlake
,
Jamal Mashburn Jr.
Landing Smith or Curbelo at the one, and filling in with Lane or Moody would be ideal for the Canes.


Hall will not decide until the spring and could visit Miami before doing as such. Cross already has visited the ACC program’s campus and with a commitment likely to be made in September, Jim Larranaga’s bunch sits as one of his top landing spots. Don’t sleep on the local program with Barnes, either, and while the Hurricanes will strike out more than they win this fall, Miami should be found fairly high up in the 2020 team rankings later on this year.
SHARE YOUR THOUGHTS WITH MIAMI FANS AT CANESPORT.COM

Nimari Burnett
will release his final five next week and Michigan will definitely be on it. Don’t be shocked if he ends up in Ann Arbor. Kentuckyjust offered
Lance Ware
and it was immediately assumed that he would end up there. That can still be the case but don’t underestimate Howard in the hunt for the top-60 forward.

Dickinson is not as big of a reach for the Wolverines and while they would have to defeat UK for
Josh Christopher
, among others, Michigan could be up to the task.
Henry Coleman
, Jackson,
Carlos Johnson
and
Walker Kessler
are just four others to monitor in what could be a really good fall for Michigan.
SHARE YOUR THOUGHTS WITH MICHIGAN FANS AT THEWOLVERINE.COM

They are the dark horse for both Coleman and five-star
Scottie Barnes
, and have gained traction with
Eugene Brown
. Four-star wing Moody is not a longshot and would squelch a number of their perimeter concerns.

The Buckeyes remain in pursuit of Rivals150 forward
Jalen Bridges
, with
Dawson Garcia
,
Zach Loveday
and
Ryan Kalkbrenner
sitting as three others that OSU has its eyes on in filling its frontcourt need. A Moody or Brown commitment, with Loveday or Kalkbrenner, and maybe even a surprise landing of Coleman or Barnes would work wonders in Columbus.
SHARE YOUR THOUGHTS WITH OHIO STATE FANS AT BUCKEYEGROVE.COM

Ziaire Williams
, Green, Christopher and Burnett each hold UCLA offers but Burnett seems to be the most attainable of the top-25 foursome.

Jaylen Clark
just released his final school list with the Bruins included, but where they have found even great traction is with
Mark Williams
and
Daishen Nix
. The Bruins should not be discounted with Williams even with Duke’s presence, and if there is anyone out in front for Nix, it would be UCLA. Sissoko and Davis are two others that Cronin and his staff have remained in touch with.

His first class might not be awe-inspiring but it should hit a number of marks in laying down the foundation for future success in Westwood.
SHARE YOUR THOUGHTS WITH UCLA FANS AT BRUINBLITZ.COM
at 3:28 PM No comments: