Rival Views: What changes would you make to AAU basketball? 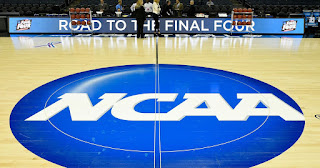 On Wednesday, the Commission on College Basketball issued its much anticipated report and suggestions for change. There were some good ideas and there were some bad ideas. Included in the report was some discussion of changing "non scholastic" aka grassroots or AAU basketball.

With that in mind, Rivals.com national basketball analysts Eric Bossi and Corey Evans discuss changes they would make and as usual they have Rival Views.

MORE: Five takeaways from the Commission on College Basketball report

BOSSI'S VIEW: MOVE A JULY LIVE PERIOD TO JUNE
Each college program has a total of 130 days that it can use toward evaluating prospects. That can be going to a practice, a game or attending one of the "live" weekends in April when coaches can watch grassroots tournaments around the country. However, during July's three live evaluation periods, there are no such restrictions.

I'm not sure that there is a good way to limit the number of days that a staff can be out during July, so I don't think opening up the entire month and essentially saying "go for it" - with a limited number of days available - is the plan, so instead I would focus on switching up those live periods.

One of the biggest complaints about summer ball and the importance of it is that it has lessened the role of high school coaches in recruiting. So, I would take one of the three July live periods and move it to the latter part of June. For that June period, I would require that in order for coaches to watch a player they have to either be practicing with or playing in an event with their high school team.

It doesn't take away days from coaches to scout, it theoretically gives some influence back to the high school coaches that people seem to feel are so clean in all of this and we'd find out real quick if state organizations and high school coaches are willing to be part of the solution.

Meanwhile, shoe companies and independent event operators would still be able to run their events, charge coaches for packets and potentially turn themselves a nice profit while kids get exposure to college coaches.

EVANS' VIEW: OVERSIGHT FROM A GOVERNING BODY
For all of the criticism that Condoleezza Rice and the Commission on College Basketball directed toward grassroots basketball, most involved - outside of the former coaches - have likely never set foot into a gym on a hot July afternoon. That's important to note.

True, there are some issues pertaining to spring and summer basketball. Yes, as in almost every realm, there are some people involved in travel basketball that are not in it for the right reasons. But let's be clear here: The grassroots industry is not broken. For all of its supposed faults, it is also the reason why high school prospects across the country are able to secure college scholarship offers that they would have had a hard time securing were it not for the exposure of travel basketball.

Reworking the travel period schedules is a start, but we could go further. The sport would also benefit from some sort of governing body that is more hands-on with the ground floor of the industry.

USA Basketball has been suggested as a potential "official" governing body for future events, although they already certify the coaches and run background checks. That would be a start but don’t forget that Nike sponsors USA Basketball. Sure, you could push Nike, Under Armour and adidas away but is the NCAA willing to say goodbye to all of the money that the shoe companies are investing into the sport? It’s put up or shut up time.