Reprint from Rivals.com / By Eric Bossi 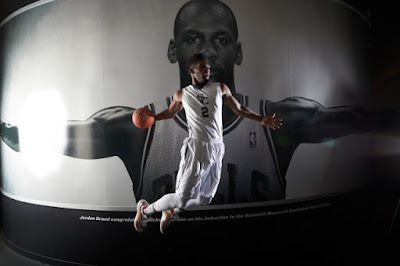 Steve Alford and UCLA are getting the job done on the recruiting front in Southern Cal in a major way.

Friday afternoon the Bruins scored another local player when 2017’s No. 35 player Cody Riley announced at Chatsworth (Calif.) Sierra Canyon that he will play his college ball in Westwood.
"It was a long process," Riley said Friday. "UCLA, Kansas and USC were my final three. In the end, I decided to head to Westwood and continue my education there."
A rugged and long armed interior player, the 6-foot-8 Riley should provide the Bruins with an instant low post presence.

Riley is all about establishing position on the block and using his strength to hold off defenders. He makes short turnarounds, he can hit 12 footers, he passes well out of double teams and he’s a physical rebounder and defender who always plays with max effort.


-
STATE
Commitment status:
VERBAL COMMIT
UCLA
The addition of Riley brings a conclusion to a recruitment that had appeared to be going in the favor of UCLA ever since Riley began to publicly list the program as his leader in the summer of 2015.

The Bruins also hold a commitment from 2019 point guard LaMelo Ball and counting their 2016 class, the last nine Bruin commitments have come from players based in Southern California.

Currently ranked No. 7 in the team rankings for 2017, UCLA will move to No. 5 with the addition of Riley. They still have room to move higher if they can land five-star wing Kris Wilkes for whom they are a finalist with Indiana and Illinois.
at 6:53 PM