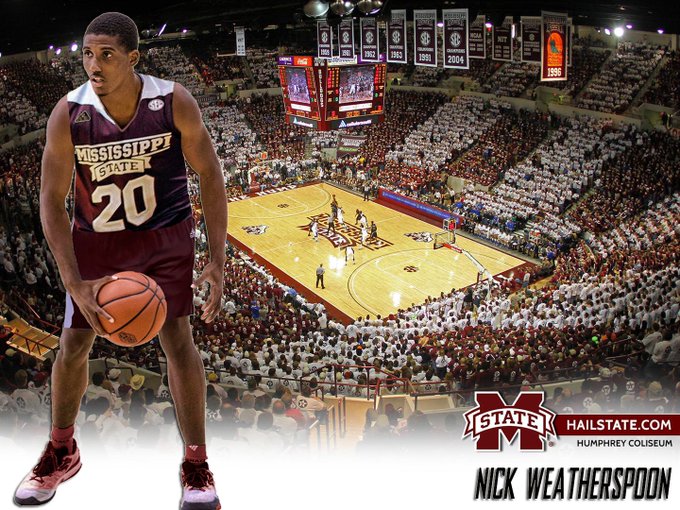 Ben Howland and the Bulldogs were long considered the favorite for Weatherspoon, as his older brother, Quinndary, is a sophomore on the Mississippi State basketball team. He was named to the SEC All-Freshman team a season ago.
Weatherspoon saw his stock rise during the spring and summer, going from a player ranked outside the ESPN 100 to slotting in at No. 34 in the latest rankings. Bigger schools were becoming more involved, with Kentucky reaching out to him last week and Kansas setting up an in-home visit. North Carolina was also in the mix.
The Velma Jackson Magnet High School (Mississippi) product decided to stay home, though, and will be expected to play alongside his older brother in the backcourt right away. Weatherspoon was the second-leading scorer on the Adidas Gauntlet circuit, averaging 23.4 points while shooting 37.8 percent from 3-point range and dishing out 3.6 assists.


Howland has continued to completely revamp Mississippi State recruiting since taking over in Starkville two springs ago. He reeled in elite guard Malik Newman in his first month on the job in the 2015 class, then followed that up with the No. 4 recruiting class in the country in 2016. Weatherspoon is Howland's first commitment in the class of 2017.
at 10:00 AM