Despite several nail-biters and a dozen thrillers, the Championship game of the 13U bracket left little to the imagination.  National super-power, 10th ranked GA ELITE BALLERS stormed past the Elite Playmakers 75-44, which was more of a coronation than a ball-game. 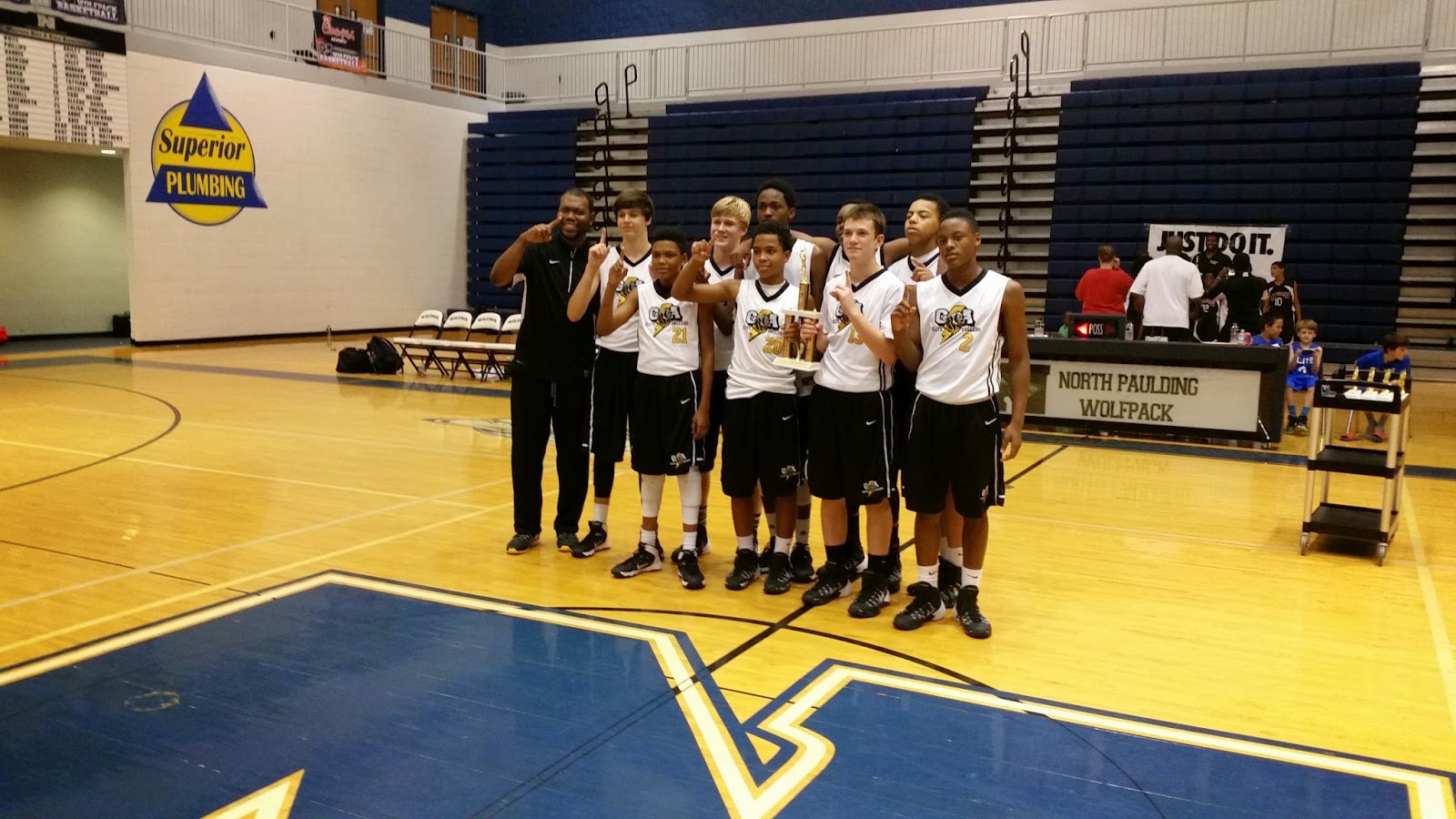 ﻿
Coach Ernest Brooks team buried a three to start things off and never looked back.  Glenn Walker from Elite Playmakers helped keep his team close in the first quarter, trailing only 20-14 going to the break.  But the dam eventually burst.  Depth and prominent talent carried the Ballers to yet another summer tournament victory.
Coach Brooks's squad joins another national power, the Georgia Stars, as winners of a 7th grade bracket at the EMS in North Atlanta.  Congrats to GEB and Elite Playmakers on a great summer AAU season!
﻿
at 10:00 PM